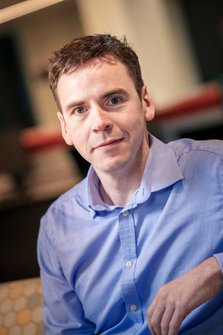 George completed his BSc and medical degree at St George's Hospital in London before beginning his clinical career in posts on the south coast. He undertook his doctorate at the University of Hull where he was first exposed to clinical research and began his academic career. He was then successful in gaining a Yorkshire and Humber higher surgical rotation position and subsequent clinical lecturer post in general surgery with an interest in vascular. George completed this training and gained fellowship of the Royal College of Surgeons of Edinburgh in 2016. He has since then undertaken clinical duties as a consultant and vascular clinical lead at Hull University Teaching Hospitals NHS Trust and research as a Senior Lecturer at the Hull York Medical School. He chairs the Vascular Society of Great Britain and Ireland Special interest research group in vascular access and is a Royal College of Surgeons of England Vascular Surgical Specialty Lead for research.