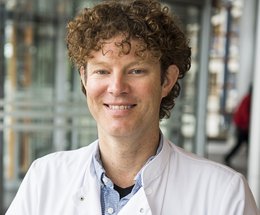 Dr. Joris Rotmans is an internist-nephrologist and associate professor at the Department of Nephrology of the Leiden University Medical Center (LUMC) in the Netherlands. He received his PhD in 2005 at University of Amsterdam on new therapeutic strategies for vascular access for hemodialysis whereupon he started his residency in Internal Medicine. In 2008-2009, he did postdoctoral research on vascular tissue engineering at the Australian Institute of Bioengineering and Nanotechnology in Brisbane, Australia. Since 2010, he combines clinical work as internist-nephrologist with vascular and renal research at the Department of Nephrology of the LUMC Currently, dr. Rotmans is the chair of the Nephrology Residency Program at LUMC and the Expertise Center Vascular Access at the LUMC. He was the principle investigator of the DialysisXS consortium, in which a novel method to generate in vivo engineered blood vessels was developed. He was the principle investigator of the LIPMAT trial, a multicenter, randomized clinical trial in the Netherlands in which the efficacy of liposomal prednisolone to enhance AVF maturation is evaluated. He received a prestigious VIDI grant from NWO that allows him to expand his research group and to continue his research on vascular access for hemodialysis. Dr. Rotmans is board member of the Vascular Access Society and chair of the Thematic Working Group on Vascular Tissue Engineering of TERMIS.