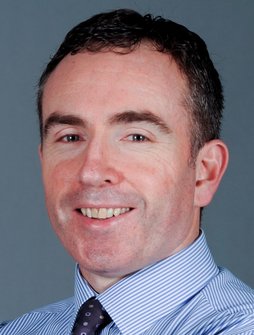 Paul Gibbs MBBS, FRCS(Eng), MD Consultant Surgeon Paul Gibbs qualified at Charing Cross and Westminster Medical School, London in 1992. He did his higher surgical training in Wessex, 1997 to 2004, which included an MD in renal transplant immunology. Paul trained in the renal transplant units in Cardiff, Oxford and Portsmouth before being appointed as a vascular and renal transplant surgeon in the Wessex Kidney Centre, Queen Alexander Hospital, Portsmouth in February 2005. Since his appointment he has been the Clinical Director of the Renal Transplant Programme (2004 to 2018), is Clinical Lead for Vascular Access and an active trainer for both undergraduate and postgraduate trainees. He is now Care Group Director for general surgery. Paul is ex-officio VASBI president having been president of the Society for the 2 years (2016 t0 2018), a founder member and trustee of the altruistic donor charity “Give a kidney”, a past council member of the British Transplantation Society (BTS) and BTS Chapter of Surgeons committee. He also sits on both the BTS and his local hospital ethics committees. He has clinical and scientific research interests in both renal transplantation and vascular access. He is also a regular faculty member for several national and international vascular access conferences.